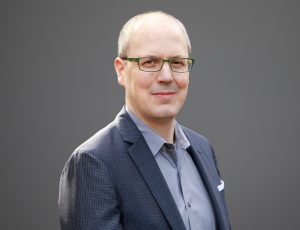 Christopher Null is an award-winning journalist, editor, and columnist. He is widely known as the editor of the popular wine and spirits website Drinkhacker, launched in 2007, and was the founding editor of Filmcritic.com, which was launched in 1995 and was acquired by American Movie Classics in 2009. Today he edits and publishes its successor, Film Racket.

Null has more than 25 years of experience working in business and technology journalism, having worked as a top editor for PC Computing, Smart Business, and New Architect magazines early in his career. He was the founding editor of Mobile PC magazine in 2003, the first ever periodical focused exclusively on mobile technology, and later spent over four years writing about tech daily for Yahoo! as “The Working Guy” and six years as the tech columnist for Executive Travel magazine. Today he continues to write regularly for Wired, Forbes, PC World, and numerous other outlets. His commentary on the business and tech world has been featured by CNN, National Public Radio, The Wall Street Journal, and many other media outlets.

Null received his BBA from The University of Texas at Austin in 1993 and his MBA also from Texas in 1996. His first novel, Half Mast, arrived in bookstores in 2002 and was heralded as “the best of contemporary American fiction” by the New York Resident. His 2005 book, Five Stars!, a how-to guide for aspiring film critics, is often used as a textbook for film criticism curriculum at a number of colleges and universities. It was reissued in 2013 in its second edition. He is currently writing a third book, a novel.

CLIPS (this is a small selection; links to latest published works can be found in real-time on Facebook)

Null was on The Screen Savers about a dozen times from 1998 to 2000, but those shows appear tragically lost to time. Today he is a frequent guest on San Francisco TV newscasts, is interviewed regularly by a variety of print media, and is a regular guest on a variety of radio programs around the world.